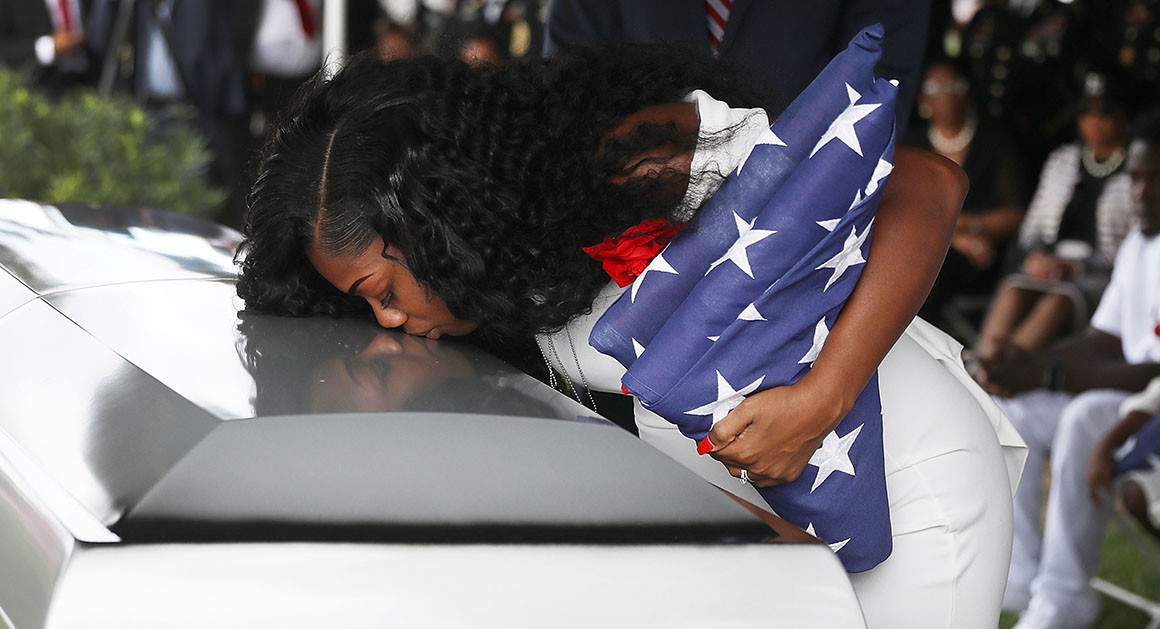 Myeshia Johnson, the widow of a soldier killed earlier this month in Niger, said Monday that a condolence call from President Donald Trump “made me cry even worse,” prompting Trump to immediately push back against part of her emotional account via Twitter.

“The president said that he knew what he signed up for, but it hurts anyways and I was — it made me cry because I was very angry at the tone of his voice and how he said it. He couldn’t remember my husband’s name. The only way he remembered my husband’s name was because he told me he had my husband’s report in front of him and that’s when he actually said ‘La David,’” Johnson told ABC’s “Good Morning America.” “I heard him stumbling on trying to remember my husband’s name and that’s what hurt me the most because if my husband is out here fighting for our country, and he risks his life for our country, why can’t you remember his name? And that’s what made me upset and cry even more because my husband was an awesome soldier.”

An hour after Johnson’s ABC interview aired, Trump responded on Twitter to rebut a portion of her account. “I had a very respectful conversation with the widow of Sgt. La David Johnson, and spoke his name from beginning, without hesitation!” Trump claimed in his online post. 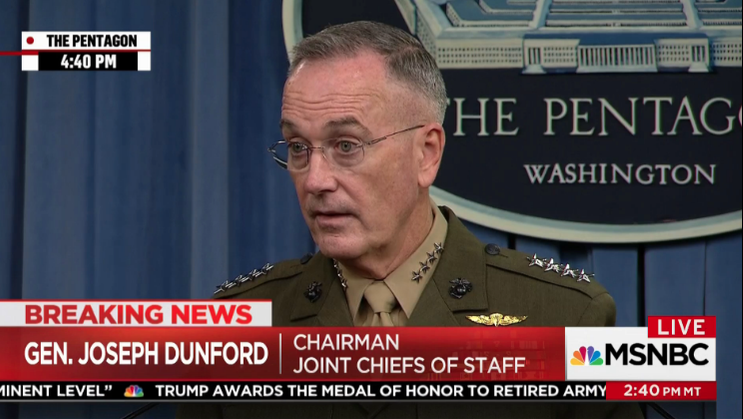 Watching General John Kelly and then General Joseph Dunford brief the press in the same week, both addressing the deaths of Sgt. La David Johnson and three other Green Berets in Niger, was revealing.

In his Thursday appearance in the White House press room, retired Marine General and Trump White House Chief of Staff Kelly was angry, deceptive, disrespectful to the Gold Star Johnson family and Rep. Frederica Wilson (D-FL), and dismissive of people who had not served in the military. Kelly’s subordinate Sarah Sanders then told a reporter that it was “highly inappropriate” for a reporter to question Kelly’s demonstrably false and inflammatory account of a speech given by Rep. Wilson, and a subsequent clarifying statement by Sanders, which Gen. Kelly could have influenced, didn’t really withdraw that sentiment. As a Gold Star father and decorated Marine officer, General Kelly deserves our respect, but not our blind allegiance.

In sharp contrast, today before reporters at the Pentagon, General Dunford, the chairman of the Joint Chiefs of Staff, was measured, open, and responsive. Asked if it was wrong for Gold Star families and others to question military leaders, Dunford said he didn’t know the context for the question — although most people did — but that he believed, “We owe the Gold Star families and the American people explanations” about military operations like the one in Niger; “I think we owe the families and American people transparency.”

We’ve already seen General Dunford stand up for the troops when President Trump made his disgraceful move to drive out transgender service members.

Whether General Kelly was always like this, or whether he’s suffering now from the daily need to nurse and defend the incompetent, ugly, bigoted, perpetually lying Donald Trump, I don’t know.  But as of today it seems clear, between John Kelly and Joseph Dunford, who the better leader is.

Analysis: Getting Facts Out